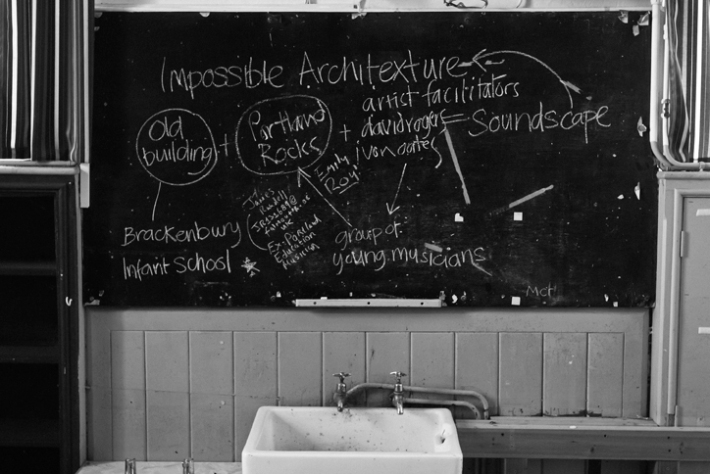 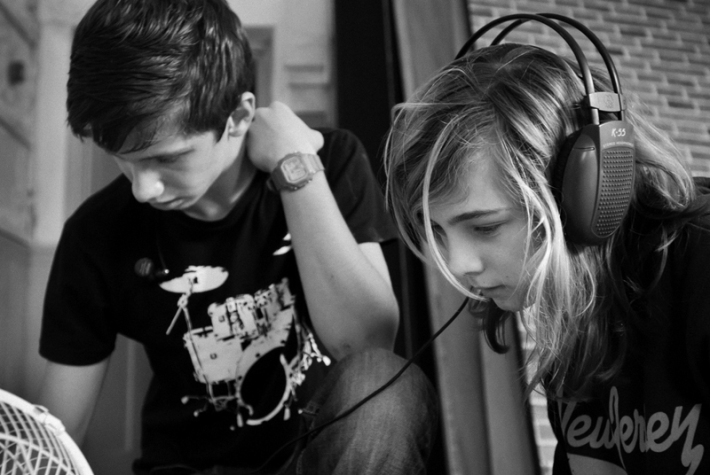 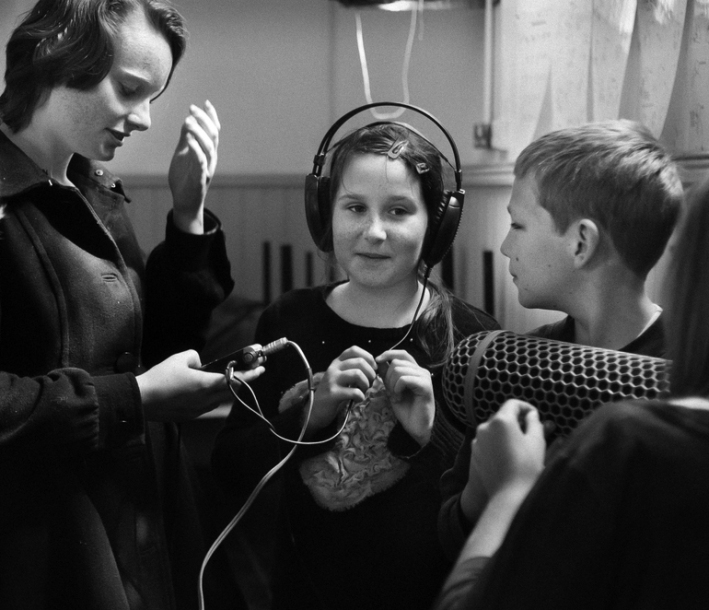 An aural architectural soundpiece where  ‘instruments’ are subordinate to the aural space and serve to articulate the character of the space enabling the listener to ‘aurally visualize’ the spatial geometry and moods.

… when a space is exposed to full sonic illumination and you have sufficient cognitive skill to interpret the multiplicity of acoustic cues, you can actually ‘aurally visualize’ passive acoustic objects and the spatial geometry…. (“spaces speak, are you listening”,  Barry Blesser and Linda- Ruth Salter).

is a woven sound installation by ‘Portland Rocks’, a group of local young musicians, threading away from their well known work as ‘junk band’ extraordinaire to weave a textured soundscape in the old Brackenbury infant school.

The site specific piece leads the visitor to hear and explore residues of sounds, found or created on site in response to the individual architecture of their aural imagination, including suggestions of memory, history, childhood and  ‘spaces between’…… 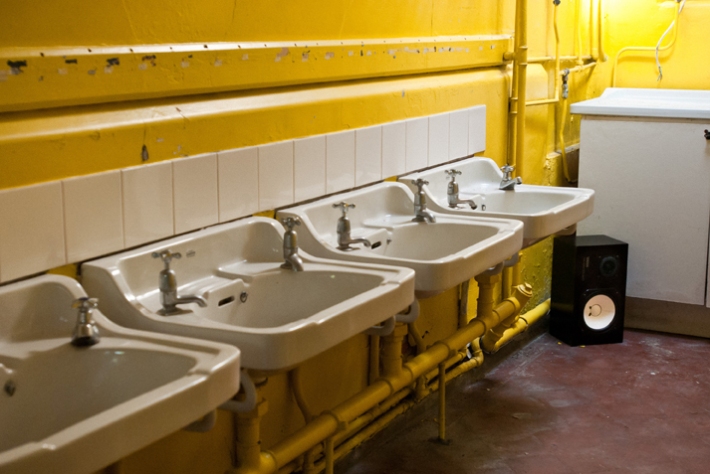 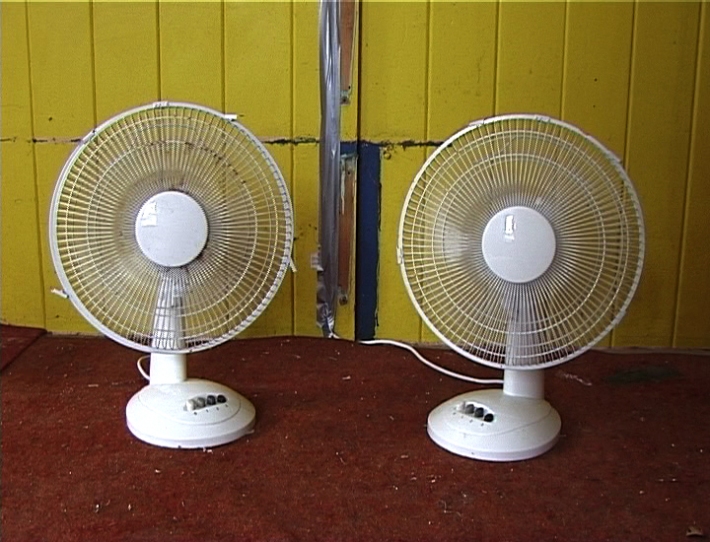 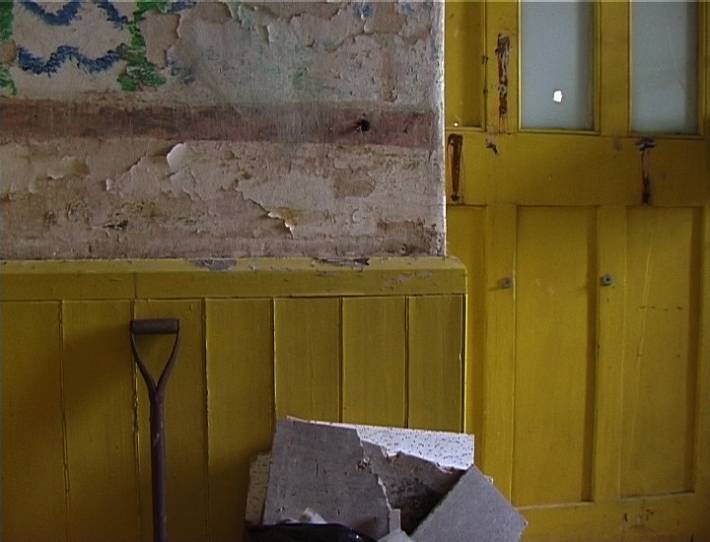 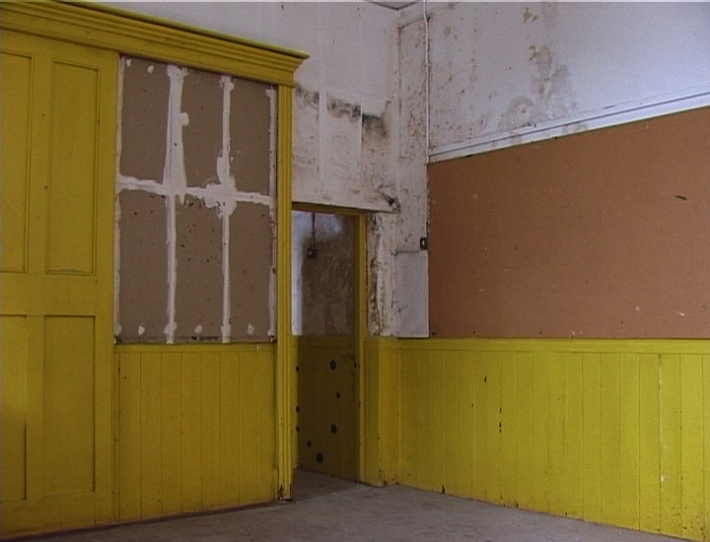 This week I’m having a break from my conversations to bring you a recording I made last year of the sound installation ‘Impossible Architexture’. This works was made by young people from Portland Rocks aided by local artists ivon oates and David Rogers, as part of a b-side encounter. It was a great installation in the The Brackenbury Centre, an old School Hall in Fortuneswell, Portland. Joe Stevens

We hear about the b-side encounters that Portland Rocks were involved with last year and how they are hoping to be involved with b-side again this year. Martyn talks about the b-side encounter we covered in a previous creative conversation. The young people really got into it and recorded many unusual items such as fluorescent lights flicking on and off, or microwaves. The project made the young people more critical listeners and Martyn has found it to be beneficial to the sensitivity to sound. The project definitely helped them develop listening skills.